ABOUT UFY
Ukrainian Federation of Yoga has recently become the full member of the European Union of Yoga (EUY). It is the first organization representing the CIS countries joining the EUY. And we are therefore very excited to share more on what the UFY does, also in the light of latest developments in the Eastern European yoga.
Ukrainian Federation of Yoga (UFY) is an association of independent yoga-centers, yoga instructors, yoga students and seekers – all united by the Tradition and genuine interest in Yoga.

It has been active since 1998, then being an affinity group, and the constituent congress of the organization took place in 2002. Till to date, UFY remains the oldest and the biggest School of Yoga in the CIS. It has 14 local branches in Ukraine, with 67 highly qualified yoga teachers, and more than 3,500 regular students.

We can proudly say that today the UFY has become a truly International Yoga School.

WHAT UFY DOES
Through a system of sophisticated yogic methods and practices, UFY provides liberal education and training aimed at conscious improvement of practitioners’ physical and psychological health. Our organization popularizes yoga and sustainable lifestyle as a way to harmonizing the interactions between the man, the society and the Nature.

We understand yoga as a complex multifaceted esoteric system that combines physical bodily and psychological practices, medicine and philosophy, social training and cultural studies. UFY favours the principle of democracy in yoga: each practitioner may and should have his own understanding of yoga that complies with his Genuine self and Spiritual tasks.

The yoga instructors acknowledged by the Federation are the people who have been practicing within our Tradition for many years, and who have studied yoga in other Schools and Yoga Centers (Krishamacharya Mandiram in Chennai, Iyengar Yoga in Pune, Ashtanga Yoga in Mysore, Tibetan Institute of Medicine in Leh, etc.), and have received proper degree in the area of physical education and sports, medicine or psychology.
UFY has developed sophisticated training programs covering various aspects of yoga:
• Hatha-Yoga together with strengthening and ergonomic yoga;
• Meditation techniques and psychological practices;
• Chakral psycho-diagnostics;
• The basic aspects of healing techniques;
• Psychology, culture study and philosophy within the context of yoga;
• Jnana-yoga and intellectual trainings;
• Yoga of travelling as a source of spiritual growth and self-development;
• Yoga-therapy – development of individual therapeutic and rehabilitation complexes, yogic cleansing procedures;
• Kaya-yoga – body sculpture and posture correction, weight improvement by means of yoga exercises and proper nutrition;
• Yoga Patta – yoga wall practice
• Sandhana Yoga – contemporary dynamic style of Hatha yoga with a series of vinyasas aimed at balancing different chakral projections on the body;
• Abhaya The School of Power Practice – power play and extreme trainings. Mastering of effective forms of self-realization and one`s behavior in conflict situations;
• Esoteric aspects of partner relationships. Tantra. Practical courses dedicated to Svadhisthana aspects. Control over one`s emotional and sexual energy;
• Jyotish. Vedic astrology. Yoga practice and therapy in consideration of astrological factors;
• Prasu-yoga. Physiological, psychological and esoteric preparation to harmonious childbirth and parenthood.

CURRENT STATE OF YOGA IN UKRAINE AND OTHER CIS COUNTRIES
To understand a modern state of yoga in CIS countries one should also understand the consequences of post-soviet past on the overall understanding and development of spirituality in these countries. As a flow of information from the West was restricted due to the “iron curtains” of the Cold War, soviet spirituality seekers were turned in their search directly to the East. Yoga Sutra Patanjali, Mahabharata and other sources translated into Russian from Sanskrit would be secretly copied and spread among practitioners and intellectuals. That also meant that first yoga practitioners and teachers, among whom was also the founder of the UFY, Andrey Safronov, built up very strong ties with Indian classic hatha yoga schools and traditions. Their first encounters with the Tradition of Yoga and their consequent teachings were grounded on sophisticated breathing and meditation practices, authentic yogic cleansing techniques, classic yoga postures, thorough exploration of human subtle bodies and chakral system.

It is only in the early 2000’s that the CIS countries were introduced to other dynamic styles of yoga as vinyasa flow, ashtanga yoga, bikram yoga, etc. With traveling becoming more affordable there were more teachers obtaining various certifications abroad and diversifying the offering of various yoga styles. In line with other trends seen in the West, we nowadays also see a lot of quick yoga courses, including 200-hrs yoga teacher certification courses offered in Ukraine, and rapid growth of commercial yoga and fitness studios.

It would be fair to say though that CIS yoga scene is still in the process of its intense development. As yoga became popular here very fast, a lot of work still needs to be done in the field of education and spreading the knowledge of yoga not only as bodily practice but also as philosophy, set of psycho-practices and esoteric system aimed at conscious self-development. In this respect, UFY plays a responsible pioneering role not only in Ukraine but also internationally.

Within last 4 years UFY has been an official coordinator and organizer, along with the Embassy of India in Ukraine, of the International Yoga Day in Ukraine. In particular, UFY has been responsible for educational events aimed at popularization of Yoga as a complex esoteric system. President of the UFY, Andrey Safronov, and Senior Yoga teachers have been regularly giving open lectures on the history and philosophy of yoga, importance of meditation and authentic breathing techniques, social philosophy of yoga, yoga and psychoanalysis and other correlations between Western and Eastern esotericism.

Understanding the importance of authentic yogic text, Andrey Safronov has developed and taught a dedicated course on Yoga Sutra of Patanjali specifically for yoga teachers from other yoga schools. He has been also regularly sharing his translation and commentary to Yoga Sutra through his open blog.

Number of Senior Yoga Teachers of UFY who have been learning Sanskrit in India for years, are now teaching Sanskrit to their junior yoga teachers and interested students. They also translate unique yogic texts from Sanskrit into Russian, which have not been previously translated even into English.

President of the UFY and Senior yoga teachers are regular attendants and speakers at the international yoga conferences in Western Europe and Northern America. Seeing a huge gap in the latest research on the history and philosophy of yoga done by the English-speaking yoga scholars and what is known about it in the CIS Countries, the UFY has launched an educational project Yoga Science. Dmitry Danilov and other UFY’s volunteers are translating the latest scientific articles on various aspects of yoga into the Russian language, making their findings accessible to all interested yoga practitioners, teachers and scholars in all CIS countries. Dmitry Danilov has recently defended his first in Ukraine PhD on the Philosophy of Yoga. He is also a founder of two social projects – Yogis Without Borders and Yoga Travel, aimed at enhancing cooperation and cultural exchange between international practitioners and teachers of yoga grounded on mutual respect and enrichment of Yoga Tradition. 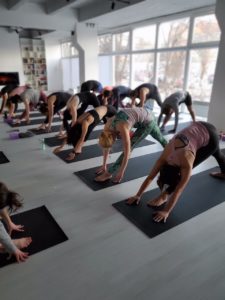 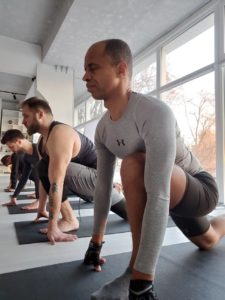 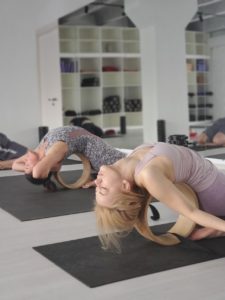 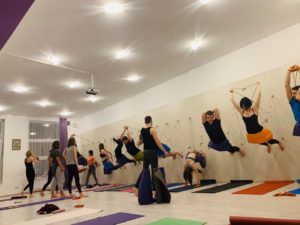 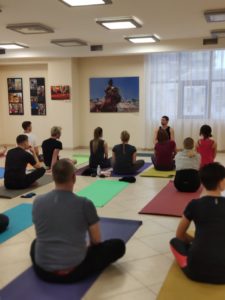 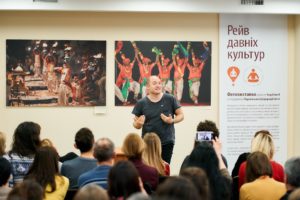 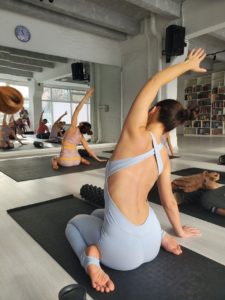